KIZOO provides mentoring, seed and follow-on financing with a focus on rejuvenation biotech.

Having been entrepreneurs, VCs and mentors in both, high growth tech and biotech companies ourselves for many years with multiple exits and massive value created for the company founders, we now bring this experience to the emerging field of rejuvenation biotech – a young industry that will eventually become much bigger than today’s largest technology markets.

If you are looking for financing and support please feel free to send your story to ​​ventures@kizoo.com

​As part of the Forever Healthy Group, we directly support the creation of startups that turn research on the root causes of aging into therapies and services for humans.

Aging causes stem cells to lose their normal structure by increased activity of the protein CDC42. This loss of structure leads to decreased production and quality of blood and immune cells. It can cause leukemia, various blood diseases, and severely weaken the immune system. Normalizing CDC42 activity can restore structure, order and functionality in those aged stem cells. Treated cells can perform their tasks again in a juvenile way, and thereby contribute to both, the rejuvenation of stem cells and the immune system. 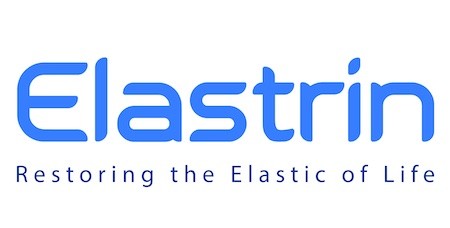 Elastrin is developing therapeutics that render calcified tissue and organs supple again by removing pathological calcification, specifically from sites where elastin has been degraded.

Its underlying technology was developed by Dr. Naren Vyavahare and Dr. Charles Rice over the last 20 years at Clemson University. The Elastrin team has developed a platform that allows for substantial rejuvenation of the cardiovascular system and could restore organ function & skin elasticity to youthful levels. This is achieved by targeting albumin nanoparticles loaded with therapeutic agents directly to the tissue site of interest with the company’s proprietary anti-elastin monoclonal antibody.

The company was founded by Drs. McCully, Schueller, del Nido and Emani. Dr. McCully pioneered the approach of mitochondria augmentation and replacement at Harvard Medical School and the team has now set out to bring it about as a new treatment modality in ischemia-reperfusion injury and beyond to slow or reverse degenerative processes of aging linked to the mitochondria.

Collagen is an essential part of the structural framework of the body. Unfortunately, it sometimes binds with glucose to form stiff, sofar unbreakable bonds that accumulate over time. Crosslinks cause hardening of tissues such as muscle, skin, and arteries leading to increased blood pressure, vascular damage, and wrinkling of the skin.

The basic technology was developed at Yale University, funded by the SENS Research Foundation and the Forever Healthy Foundation.

Cyclarity develops easy-to-use drugs that prevent common age-related conditions such as atherosclerosis, heart-attack and stroke by addressing the root cause – a build-up of arterial plaque.

The company’s technology removes arterial plaque by clearing the non-degradable cholesterol that accumulates within cells in the arterial walls.

Cyclarity’s long-term goal is to deliver a simple and affordable preventive therapy for the world.

The basic technology was developed in the SENS lab, co-funded by the Forever Healthy Foundation.

MAIA Biotechnology is dedicated to developing targeted cancer therapies with novel mechanisms of action that are intended to meaningfully improve and extend the lives of patients with cancer.

Telomerase is present in 90% of human cancer cells and contributes significantly to proliferative abilities and immortality of cancer cells. It is either absent or shows low activity in normal cells. THIO(6-thio-dG) is recognized by telomerase and incorporated into telomeres. Once incorporated, it compromises telomere structure and function, leading to ‘uncapping’ of the chromosome ends resulting in rapid tumor cell death.

The cell bank will enable LIfT to provide a range of potentially life-saving immuno-oncology cell therapies for different solid tumour types. The first step is to show remission in high unmet need solid tumours by 2021, including Pancreatic Cancer.

​Turn Biotechnologies surpasses traditional approaches based on single gene/pathway manipulations and tackles the multifaceted manifestation of cellular age at the organ, tissue, and organismal level to extend the healthspan of people. As a result, age is reset by epigenetically reprogramming cells.

Elevian is a Harvard spinout developing therapeutics to stimulate regenerative capacity, the body’s ability to repair itself, that declines as we age.

The team focuses on next generation screens with higher predictive value than traditional approaches and expects first on-target therapeutic candidates for the p53/MDM2 pathway, a oncology target, and the p53/FOXO4 pathway, a newly identified pathway involved in cellular aging.

There has been a lot of interest surrounding the therapeutic applications of senolytic drugs – compounds that clear toxic senescent cells – particularly with respect to age-associated disease. As molecular pathways unique to senescent cells have begun to be identified, drugs to target these pathways can now be developed.

Oisin is developing a cellular repair therapy based on a genetically-targeted intervention to clear senescent cells from our body.

When a cell reaches the end of its life or becomes damaged beyond repair it is supposed to either kill itself or signal the immune system to remove it. Unfortunately every so often this mechanism fails, the cell stays around indefinitely and starts poisoning it’s environment. Over time we accumulate more and more of these harmful, death resistant senescent cells.

A recent study in rodents has shown that clearing senescent cells can both reduce the negative effects of age-related diseases and extend the healthy lifespan by up to 35%.

AMD is the leading cause of vision loss among people over the age of 50. It is thought to be caused by aggregation of A2E a toxic, non-degradable cellular waste product in our eye’s retina cells. Lysoclear´s molecular repair approach is based on the targeted delivery of exogenous A2E degrading enzymes to our retinal cells to eliminate A2E.

The team recently announced a Series-A offering to bring its product through Phase I clinical trials. LysoClear would be the first clinical candidate based on the repair and rejuvenation paradigm, pioneered by the SENS research foundation.

The Rejuvenation Startup Summit hosted by the Forever Healthy Foundation, is a vibrant networking event that aims to accelerate the development of the rejuvenation biotech industry.

Rejuvenation/Longevity biotech is a new, emerging field of medicine. It aims to prevent and reverse diseases of aging by addressing their common root cause, the aging process itself. Rejuvenation therapies aim to reverse or repair age-related cellular changes such as molecular waste, calcification, tissue stiffening, loss of stem cell function, genetic alterations, and impaired energy production.

The Rejuvenation Summit brings together startups, members of the longevity venture capital / investor ecosystem, and researchers interested in founding or joining a startup – all aiming to create therapies to vastly extend the healthy human lifespan.

​Being part of the German Internet right from the beginning, founding, funding and developing several major internet companies ourselves, has been an incredible journey for us. We are still excited to support and mentor some of our country’s most promising startups.

Shyftplan is an online shift-planning service that SMEs can use to organize and communicate with their employees. Company administrators can quickly and easily create the payroll for all employees.

Prescreen is an e-recruiting solution that enables organizations to optimize their recruiting process. The system helps HR departments in the advertising of job vacancies, the search and recruitment process, as well as interviewing and assessment of candidates.
​Exit to Xing in 2017.

Suitepad is a new communication channel that brings hotels and their guests closer together, renders an even more comfortable guests experience, and yields additional financial value for hotels.

Tamyca is Germany’s first and leading peer-to-peer carsharing marketplace, connecting car owners whose vehicles are sitting idle for most hours of the day with people who need a car.
Exit to Snappcar in 2017.

MegaZebra is a developer and publisher of Social Games. Its platform allows users of social networks to play online games against their friends. Millions of games are being played by its users.

REVL is a new kind of action camera, a better camera. One that allows you to enjoy the moment, knowing your footage will look great and you can spend less time editing and more time having fun. 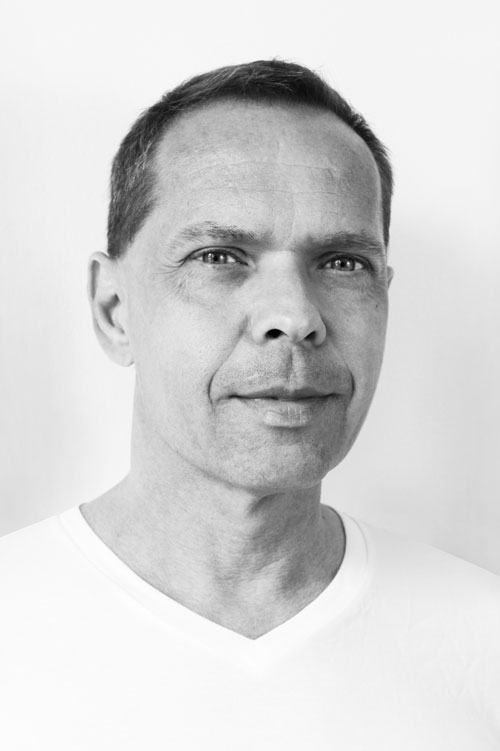 Michael is one of the most successful founders of the German-speaking Internet industry.

Together with his brother Matthias, he created numerous ventures including lastminute.de and turned it into the largest last-minute travel site in Germany. Most notably, the brothers founded WEB.DE, and after a successful IPO, grew it into one of the country’s largest internet portals and online media businesses.

After the successful sale of his companies, Michael created the seed-stage venture capital investor Kizoo that came to fund and mentor some of Germany’s most promising tech startups including Babbel, Staffbase, and Mambu.

Forever Healthy started out more than a decade ago as a personal quest to shed the extremely unhealthy lifestyle he acquired while building WEB.DE, and over time turned into the focus of his entrepreneurial energy:  To accelerate the transition to a world without age-related diseases.

Michael’s venture capital firm Kizoo is now also part of Forever Healthy. Kizoo’s focus is on the creation, mentoring and financing of rejuvenation biotech startups that turn basic research into therapies for human use. Investments include Cellvie, Cyclarity, Revel, Elastrin, LIfT, and MoglingBio. 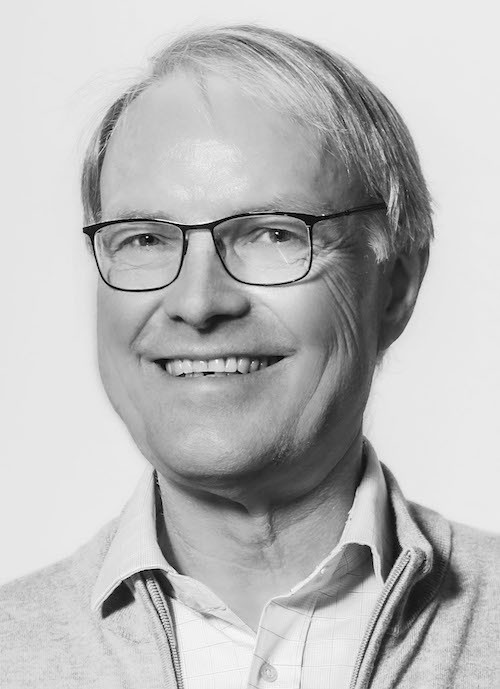 Matthias is CFO of Kizoo. He has been part of the senior management team of the group since the IPO of the AG in 2000.

With his long-standing experience in the investment sector and his comprehensive knowledge of typical features of successful business models, he is a competent reference person for young founders. Matthias has extensive contacts in the high-tech industry and numerous local and national networks.

Before joining the AG he had a career in Investment Banking. He studied Business Administration at Universities in Mannheim and Toronto (Dipl.-Kfm). 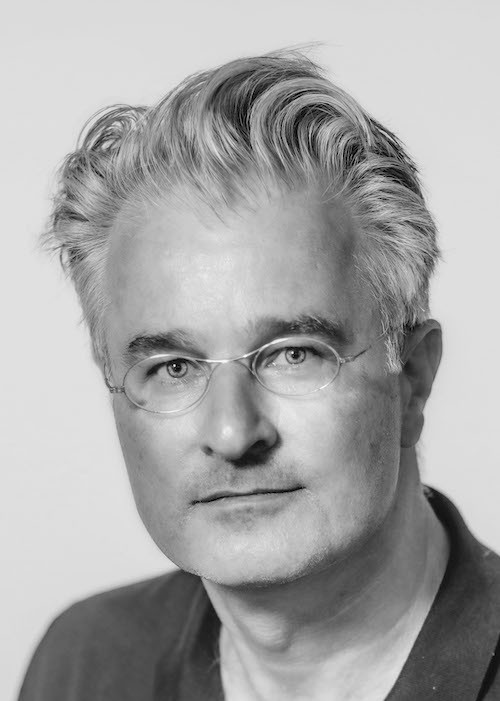 Starting to work with Michael in 1999, Frank led the IPO of web.de, co-founded the Kizoo Venture Capital business together with Michael and Matthias, and since then helped numerous startups to grow. Among Frank’s other board-level assignments mostly at Kizoo portfolio companies, like Cyclarity Therapeutics and Cellvie Inc., he is on the executive board of Atevia AG, a public company for 16 years, Chief Operating Officer of the Forever Healthy Foundation and co-founder of the Rejuvenation Startup Summit and the Undoing Aging conference series.

Previously, he was a strategy consultant with PriceWaterhouseCoopers. Frank holds a M.Sc. (New York) and a diploma in Business Administration and Engineering from Karlsruhe Institute of Technology (KIT), Germany. 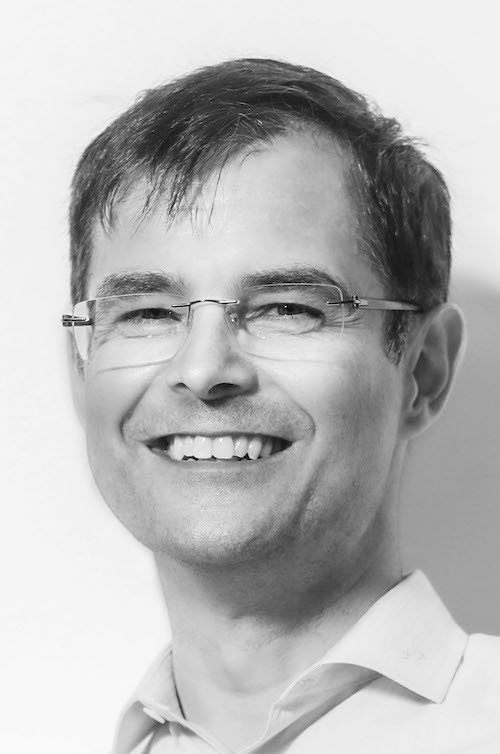 Patrick Burgermeister is an expert in life science investing with a double background in molecular biology (Biozentrum Basel) and business administration (HSG Sankt Gallen). He joined Kizoo in 2019 coming from the venture capital group BioMedPartners where he was one of the partners. Moreover, his industry career encompasses also banking (as a senior analyst for pharma/biotech) and pharma (as a senior portfolio manager at Novartis).